THE GRINDER IS A RATINGS MAKING MACHINE! 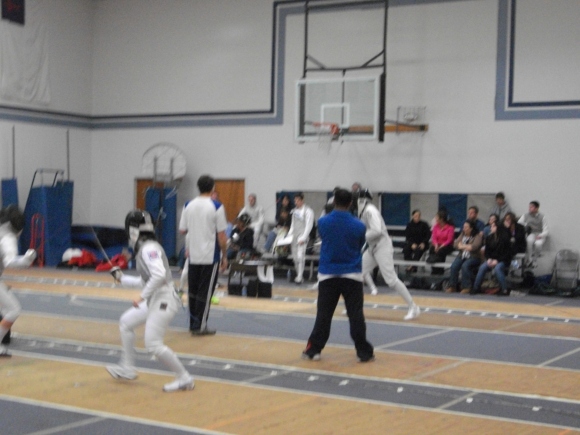 5 new ratings were earned at this Grinder. Paul Tang earned his D13 in foil. Stephen Huber-Weber earned a C13 in epee. Gabriel Mejia-Ruiz earned a D13 in epee. Alexander Kossman earned an E13 in epeee. Corey Street earned an E13 in foil. Several others reaffirmed ratings to the current year. Thanks go out to Coach Jim Lane(Knight’s blade’s), Coach Neal Julien(Knight’s blade’s), Coach Ken Lauver(University of Central Florida). There would not be a Grinder without their help.

Our new sister club at Viera High School. Home of the Hawks. Coach Greg Arthur will be advisor, and coach. The goal is to develope a high school fencing program in Brevard County. A competitive circuit, being the ultimate goal. Look for more announcements in the future.